If you want to know what patients think, don’t just ask healthcare professionals. CMR’s CEO, George Ashford highlights the benefit of gauging the patient’s view and the dangers of ignoring it.

The phrase a doctor knows best is not only a long-standing one but increasingly an outdated one. The days of patients accepting the diagnosis and/or prescription without question are long gone. With the increasing influence of the internet it’s commonplace for patients to head to their physician armed with a self-diagnosis and details of the treatment they require.

Whilst the merit of such an approach may be questionable (œIf the internet diagnosed you, then you had better let it treat you too! is one common HCP retort), the discord between patients and those treating them is increasingly evident.

This has been clear from a number of recent studies conducted by CMR, the findings of which suggest that if you want to understand patients then you should avoid relying solely on the feedback of healthcare professionals.

Example 1 – in a diabetes study whilst HCPs indicated they were sure patients prioritised security and safety, the patients put this low on their list. Convenience and the ability to use the device without it impacting on their everyday routine were their key delight’s.

Example 2 – in a study on delivery devices for a respiratory drug, whilst physicians felt patients would be averse to using an injection device regardless of the benefits of the drug delivered, the patients themselves were all for it.

Clearly some critical differences of opinion that would have been missed if we’d focussed our research on just the HCPs. Just think about the implications for our clients. A diabetes device used by patients but developed with security in mind rather than convenience would have flopped. Taking the physicians opinions as read may have led to the respiratory device being scrapped before it even got beyond the drawing board.

A great technique we’ve used recently involved observed focus groups. We took a group of RA nurses to a research viewing facility and sat them behind a one way mirror to watch a discussion amongst patients. Watching the nurses as they watched the patients, it was clear there were plenty of surprises. We then had a discussion with the nurses which came from a far more informed position and gave them the ability to relate their own views to those of the patients.

So, whilst we agree that doctor does generally know best, if your research involves a subject where both HCPs and patients are involved in the decision making process it’s wise to consult both. 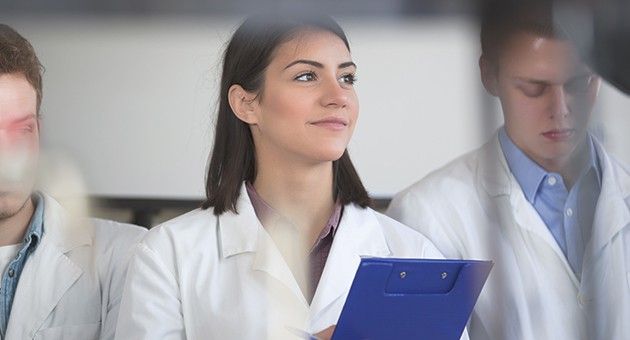